Cicadas are sleeper agents who will follow certain prescripted commands when “awakened”, or activated. They were originally conceived by the KGB during the Cold War as a part of Gustav Meisner’s Tsikada program , and kept the monicker when the program was reverse engineered by the CIA and perfected under Operation Treadstone. They were introduced in Treadstone .

During the Cold War, the Soviet Union and the KGB was in an arms and intelligence race with the United States and the CIA. The Soviet Union managed to recruit Dr. Gustav Meisner, a former Nazi scientist, to help them advance their intelligence warfare by training a new type of spy and assassin, the Cicada. Over the years Meisner managed to develop a regimen with a mix of physical abuse and psychedelic drug dosages that would wipe away a candidate’s memory and leave them susceptible to hypnotic triggers, such as an image, word, or sound, but typically a song.

In this fashion, Cicadas could have their old lives wiped away and replaced with an appropriate cover story that they would believe unreservedly. They would be incapable of revealing secrets as they would literally not remember any, and could go into deep cover so completely that even they would think that their cover lives were entirely real. When needed however, hypnotic triggers could be used to resurface some of their memories, just enough to follow commands obediently and to apply the ingrained skills they needed to succeeded. This process was referred to as “waking” the Cicadas up from their cover lives, and would allow far flung assets to carry out missions in strategy areas. 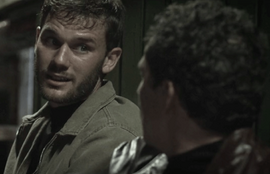 Dr. Meisner’s research saw extreme advances under the KGB, who supplied him with a continuous stream of prisoners to experiment on in Soviet-occupied Krakow. CIA operatives John Randolph Bentley and Frank Ferguson discovered these activities and attempted to report it to the CIA, but only Ferguson escaped while Bentley was captured. Bentley himself was then trained as a Cicada, and personally drove the program ever further due to his great progress.

Eventually however, Bentley snapped as some of his old memories began to resurface, the science not yet perfect enough to keep them properly suppressed. Bentley fled, told the CIA of what had happened to him, recovered his memories, and even captured Petra Andropov and helped facilitate Meisner’s assassination. Having run the operation beside Meisner, Petra knew all about the Cicada Program and was used by the CIA to copy KGB methods.

With the CIA run by a corrupt cabal, they began to sell Treadstone services to powerful governments and incredibly rich organizations and individuals. With the resources of the United States government backing them, they were able to create and maintain a massive support structure of handlers for each Cicada to ensure that they didn’t “break” or “go rogue” like Bentley and Bourne, usually via “reprogramming” them when issues arise, as happened with Stephen Haynes. 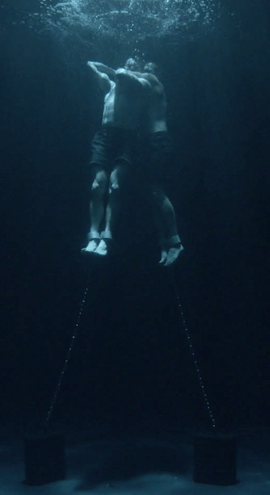 The original Cicadas trained by Dr. Meisner underwent a series of brutal torments designed to make them break, to give in and comply even in some small way. The act of “giving in” changes the brain just slightly enough that the drug intake can take hold and have a meaningful effect. Bentley withstood weeks of torment before he finally relented and revealed his name in a moment of weakness, which opened him up to the drug cocktails Meisner ministered to him.

At this stage the drugs would begin to wear down the Cicada’s memories while their martial reflexes were trained extensively. They would be taught a variety of languages, martial arts, marksmanship, and a plethora of other useful combat and field agent skills to carry out their missions successfully, which would all become reflexive habit in their new lives.

The drugs given to them make them hypnotically suggestible, training them to respond in certain ways directly via the pleasure and reward systems in the brain as one might train a dog. A trigger would be chosen, usually a song, and then they would be compelled to perform certain actions after it was sung. Eventually, singing the song by itself was enough to make the Cicadas act in a certain fashion, at which point the triggers were fine tuned even further.

After the Cicada’s old life had totally drained away and their new skills were fully taught to them, they would be released for about a year to develop a cover story in a new environment, heavily overseen by their handlers but without the Cicada’s own knowledge. This story would become their entire lives, fleshed out partly by their handlers and partly by their own experiences. They would integrate seamlessly into a society as any normal person would, even believing that they are normal, until they are activated for a mission.

Although the original Cicada program required far cruder guesswork applications of psychedelics and extreme therapies to ingrain a reflexive psychological response to certain stimuli, this process was later refined to the point that more exacting dosages and a mere montage of images could implant such reflexes, as seen with Stephen Haynes. 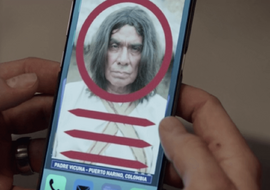 Post-hypnotic trigger for a kill mission

Without the hypnotic trigger initially, nothing would happen. Without the post-hypnotic trigger after the initial trigger, nothing would happen then either. In this fashion, a Cicada could be exposed to either by accident without ill effect. With both in place however, the Cicada’s psyche is trained to treat their mission as a problem that must be resolved. They can resist, but it continually gnaws at them until they give in and complete their mission. Only then do their minds return to a normal sate of equilibrium, and they return to their “sleep”, their deep cover.

yes, i think it started in kgb, the 70’s. its about awaking. we are the people. we are one.

The Cicada God's is described as a group of highly divine (unintelligent) Cicada's that believes to be the original Abrahamic god's from the Pleiades Star Constellation and was inhabitant's long ago of Orion's belt system that they believed other...

What is Project Pegasus

Thing's get strange when your looking around. I can't really say much but this is fun informative stuff. I'm not here to try to prove anything or act like anyone. Enjoy the article I shall make some more updates on Current Progress of Sevens Exposed.

We want to provide everyone with a social network with greater privacy and free speech for all. Request for an invite by email https://www.adacic1033.online/